10 Best Hacker Movies (Films about Computer Hacking) of All Time

June 25, 2012 | Admin | Technology Information |
As a certified geek, it is always pleasing to see movies that involve Computer Hacking or hackers in action. Although most of these films don’t always represent the real deal, some of them have what it takes to excite, amuse, and inspire those who are passionate about computers.

I have here my top 10 list or my all time favorite hacker movies or films that involvecomputer hacking. Feel free to share yours on the comment section later on:

10. Swordfish
If you are a big fan of Halle Berry and of course, computers, then this movie is for you. This action-packed film involves a high-tech robber/villain named Gabriel Shear (John Travolta) against Stanley Jobson (Hugh Jackman), a super hacker convicted by the FBI but who is trying to stay clean. Gabriel is the leader of a covert counter-terrorist unit called Black Cell who wants to steal $9.5 billion worth of Money  from a secret government slush fund (codenamed Swordfish). But since it’s locked up behind a complicated encryption system, he offers the desperate Stanley $10 million to hack into the system and steal themoney for him. 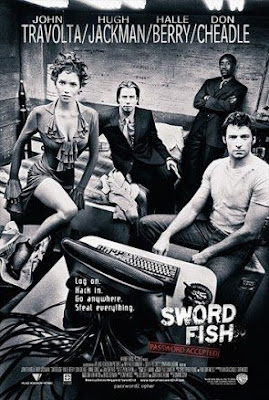 9. Track Down (aka Hackers 2)
Track Down, also known as Takedown or Hackers 2, is a film based on the book written by computer security expert Tsutomu Shimomura and journalist John Markoff, which tells the story of how they tracked down and helped the FBI arrest the most notorious computer hacker in the US -Kevin Mitnick. For several years, Mitnick had evaded Federal agents while breaking into numerous computers and gain access to sensitive and valuable information. When he hacked the system of Shimomura, it began a daring chase through cyberspace between two computer geniuses working on different sides of the law. 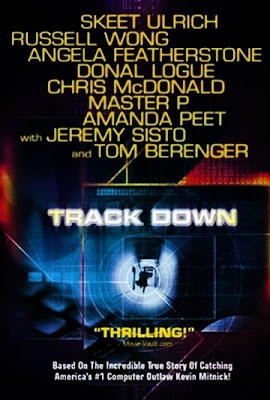 8. Antitrust
Antitrust is a fictional story of two idealistic computer whiz kids who are best friends. After graduating from Stanford, Milo and Teddy are offered jobs at NURV, a giant Portland company headed by CEO Gary Winston, and is on the brink of completing a global communication system. Milo accepts the job while Teddy declined and continues to work on a media compression program he wants to release for free. Winston takes a personal interest in Milo, whose genius can help NURV meet its launch date, and Milo responds with intelligence and hard work. But when Teddy meets with tragedy, Winston’s irrational remark makes Milo suspicious. So he decides to investigate Winston and his company. 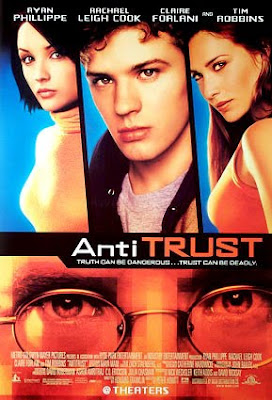 7. Sneakers
Sneakers is a star-studded film that tells the story of Martin Bishop (Robert Redford), head of a group of experts who specialize in testing security systems. When he is bribed by Government agents into stealing a top secret black box, the team find themselves involved in a game of danger and conspiracy. After getting the box, they discover that it has the capability to decode every existing encryption system around the world. The problem is that the agents who hired them didn’t work for the Government after all. 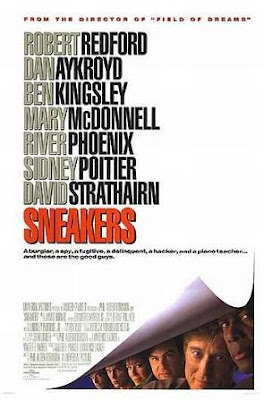 6. Die Hard 4: Live Free or Die Hard
The fourth instalment in the Die Hard series is geeky enough for me to be included on this list. The story revolves around a group of super hackers/cyber terrorists who plan to hack FBI computers and takes over several U.S. technology infrastructures. Thanks to Bruce Willis’ immortality and the aid of non-evil computer geeks headed by Justin Long (aka The Mac Guy), the movie has a happy ending. 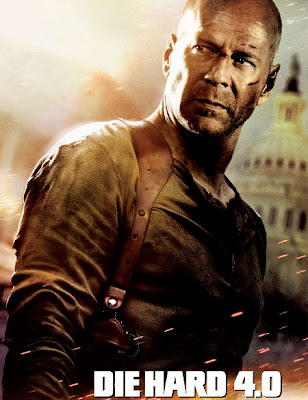 5. The Net
Angela Bennett (Sandra Bullock) is a young and beautiful computer expert who becomes involved in a web of computer espionage. Only hours before she leaves for vacation, she discovers secret information on the disk she has received from a friend that turns her life into a living nightmare. Her records are erased from existence and she is given a new identity so she struggles to find out why this has happened to her. 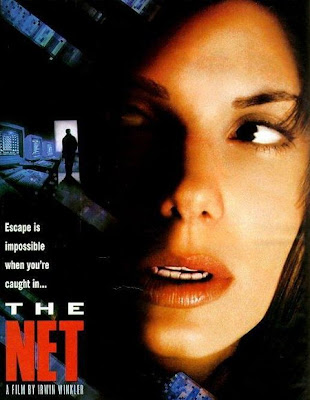 4. Hackers
I think this movie is really popular among geeks for two reasons: Angelina Jolie and well, it is a story about hackers. The film follows the adventures of a group of gifted high school hackers and their involvement in a corporate extortion conspiracy. The lead character, Dade “Zero Cool” Murphy (Jonny Lee Miller), is arrested by the US Secret Service for writing a computer virus, banning him from using a computer until he turns 18. Years later, he and his hacker friends discover a plot to unleash a dangerous computer virus allowing them to use their computer skills to find the evil computer genius behind the virus while being pursued by the Secret Service. 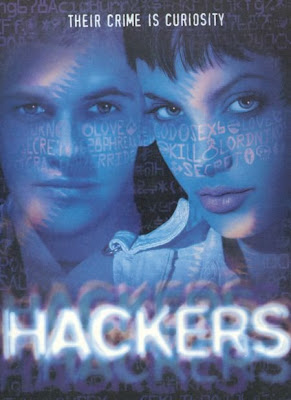 3. Tron
Tron is an action-filled science fiction film that tells the story of a hacker who is literally abducted into the world of computer and forced to participate in gladiatorial games where his only chance of escape is the help of a heroic security program. The movie has been described by a film critic as “a technological sound-and-light show that is sensational and brainy, stylish, and fun”. 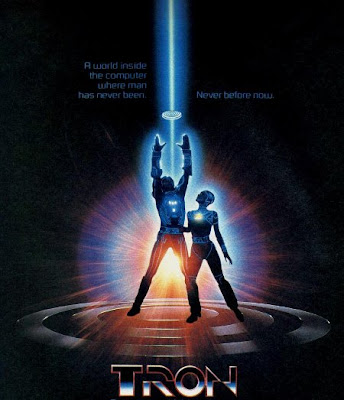 2. The Matrix (Trilogy)
An all time list of movies about hacking is never complete without including The Matrix. Its trilogy is a mainstream success, so I presume that you have seen at least one instalment or know something about The Matrix. But for those of you who are clueless, the film tells the story about a computer hacker known as Neo (Keanu Reeves) who learns from mysterious underground hackers about the real nature of his existence and his main role in the war against the controllers of it. 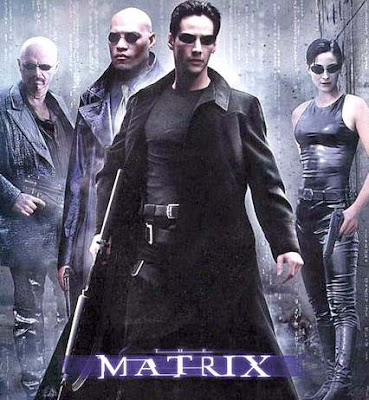 1. WarGames
WarGames is a film about a young hacker who unknowingly gains access to WOPR, a United States military supercomputer programmed to predict possible after-effects of nuclear war. He gets WOPR to run a nuclear war simulation, initially perceiving it to be a computer game, which caused a national nuclear missile scare and nearly initiates World War III.