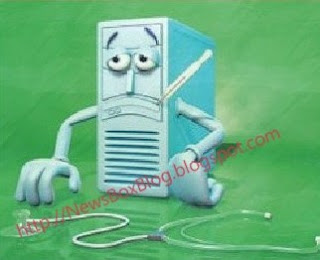 A new computer virus is been comes into existence which is atleast 100 times stronger, dangerous and more complex than a normal virus. This will be use for cyber war which can easily destroy computer system. This new computer virus is also can be use for spy. What it does, simply it silently opens the microphone of PC, so that it can easily hear the conversation between peoples, that’s why it is one of the latest complex computer virus. And yet it is not clarified which country invented it.

In computers of Middle East it present since from 5 years and no one knows about it, and this computer virus keep doing its work silently. It is also called as a CYBER WEAPON. And its presence in computers of Middle East was detected by of one popular AntiVirus company known as Kaspersky Laboratory. And they give a name to this virus “FLAME”. Keep in mind that in 2010, STUXNET named virus attacked on Iran’s atomic installations. And before it one of Data theft virus DUQU is also detected.
This new computer virus FLAME is more clever and efficient than others, it silently theft all data from computer and open the microphone of PC, and can easily all of the conversation around it. These cyber weapons or viruses so complex that hardly any country can make them. And a lot of security experts claims that the virus STUXNET, that attacks on IRANs atomic Installations is made by America, but yet FLAME is one of the biggest software which is invented for malicious purposes. Kaspersky detects it , and now the doubt is more reinforcing that different countries are placing and using different cyber weapons. And according to Kaspersky Company that there are a lot of chances that there are also so many others Virus software’s are still in work as FLAME which is found after 5 years.
Kaspersky  Russian Company solved many Cyber weapons clues.  And now company is trying to understand how this new computer virus flame works and break security walls of antivirus software’s. According to this laboratory the majority of victims of these malicious attack computers which are from Iran, Palestine, Sedan and Sham. And Kaspersky also said that Stuxnet and DUQU viruses are both from a same family means the inventor of these is same country.
Tags No Tags