June 23, 2012 | Admin | Technology Information |
Samsung’s flagship smart phone Galaxy s3 is upcoming smart phone and ready to be market in British, but the color of first 600 million copies changes and becomes light blue instead of white, which is by mistake of manufacturing problem occurs in Samsungs one of plant, and now it’s not possible to get back its original color. 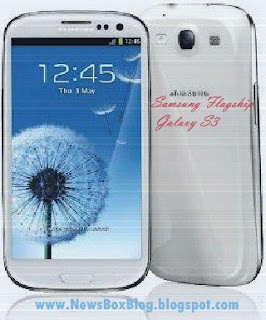 But still it’s estimated that Samsung flagship smart phone s3 will be the one of the largest selling phone in the end of the year 2012. And yet, already in all over the world almost 9 million orders of Samsung new flagship smart phone are booked. Regardless of quantity it will be one of the fasted selling devices. Before it iPad create similar record of fasted selling, and after marketing iPad’s 4 million copies sold within 3 days. Xbox Kinect game console which works by gesturing in front of TV is also sold fastly, and its 2.5 million units sold only in 25 days.
But due the color problem of new upcoming Samsung smart phone because of manufacturing may deduct some users or force them to think about either to buy or not? In Dubai its only white model is sold, where last week its sales started. Samsung hired 75000 workers for production of this new device. And they have ability of making 5 million phones per month. Its main competition is with iPhone 4S. And it’s also be predicting that Apples new iPhone 5 will creates problems for it in the end of year,while Nokia LUMIA 7 is also busy in competition. And in android system S3’s biggest competitor is HTC 1x.
Tags No Tags