June 24, 2012 | Admin | Technology Information |
Google recently introduced eye glasses which can record each scene but, now Ray Bans introduce their own Eye glasses which are more advanced than Google’s eye glasses. You can easily make videos, take pictures and all of the fun which is possible by any advanced Hi-Tech Camera’s. The main feature of Ray Ban’s eye glasses is that you can also share or publish your own captured pics and Vids instantly on Facebook, Youtube and on other social sharing websites with your friends, fans and with online community. 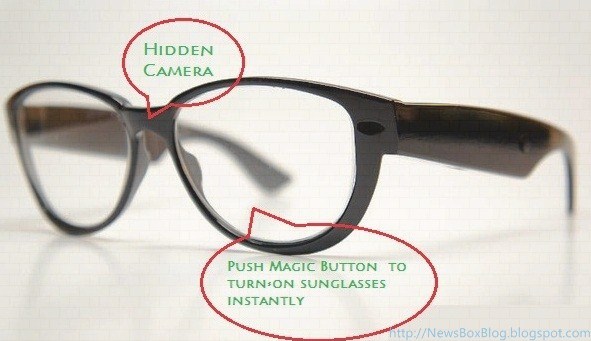 In comparison between google and Ray Ban sunglasses, Google’s sunglasses are heavy in weight and wider in dimension, instead of it Ray Ban sunglasses are lighter in weight and looks like a normal glass and also can converted into sunglasses by just touching a magic button, and can also take picture and make video of both static and moving objects easily.
Vergence Lab institute is the founder of this new hi-tech eye glasses of 2012. Company wants to create such techno glasses which look like a common glass and have recording control in arm. You just to touch the button fixed on glass frame and recording starts. According to the company these glasses will surely be popular after launching. Vergence Lab take services of scientist of silicon valley, which worked previously for Google and now start work on this project, which aim is to give each person an easy and stylish computing computing experience.
Tags No Tags